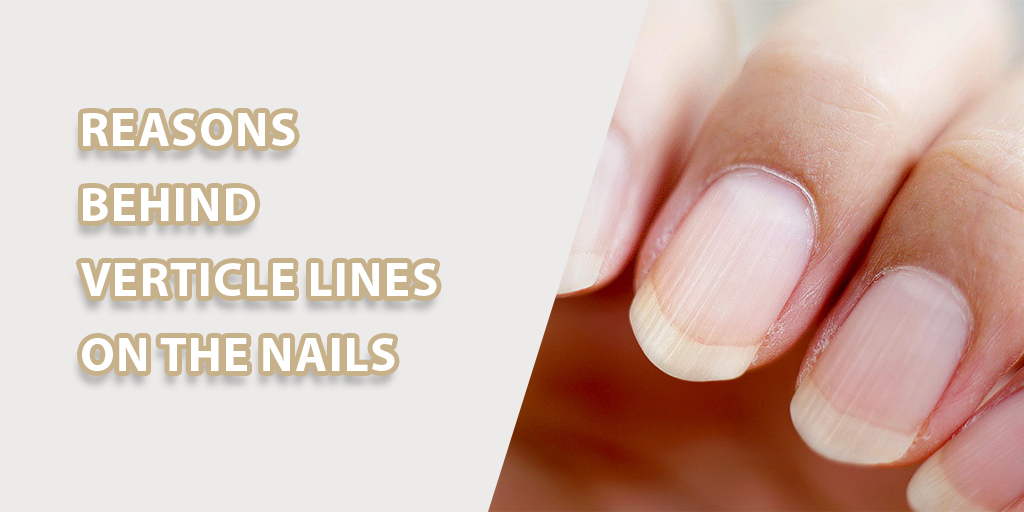 Vertical Lines On the Nails: Reasons And Treatment

What are Vertical lines on the Nails!!

Vertical lines are ridges that grow up straight from the tip of your fingernail, also known as longitudinal striations or bands. These kinds of ridges can reveal more about your health, which occurs due to stress, kidney diseases, and thyroid. But most of the cases, these vertical lines on nails are harmless. Proper care is mandatory to prevent them.

Slight vertical ridges often develop in aged persons due to the slowing of cell turnover, this is most common in older adults, just as we grow old, skin also shows signs of aging along with the nails, symptoms include:

a. Becoming thicker or thinner

b. Losing the smoothness

Some times horizontal ridges also known as Beau’s lines often develop and run across the nails and these might be due to the aging process or an underlying disease such as acute kidney disease, diabetes, and thyroid, at times commonly occurs in people who have recently undergone chemotherapy. People who are suffering from mumps (a contagious disease caused by a virus, spreads from person to person through droplet infection, primarily affects the salivary glands) syphilis (an STD, involves sores in the mouth or vagina) may develop horizontal lines (Beau’s lines). Therefore, anyone who observes these condition should immediately see their doctor for further diagnosis.

Color variation in nails may occur, this may be due to some other medical conditions.

Iron deficiency (Anemia) may also be one of the reasons to develop vertical ridges on nails, that make the nails concave or spoon-shaped. However, this is a rare side effect, usually seen in severe cases of iron deficiency.

People with psoriasis may likely to develop fingernail and nail bed. Apart from it, eczema leads to discoloration on the nail.

Few digestive disorder such as Chrons disease, Celiac disease, and Ulcerative colitis, all these may make your body hard to absorb nutrients from the food. If the body does not have building blocks to make new cells, nails and skin may see abnormalities.

Finger-nail ridges, if they are due to aging, there is no need to worry, if it is due to some underlying disease, treatment will be given based on the underlying cause. For suppose, beaus’ lines: developed due to diabetes, controlling the blood sugar levels may help to reduce these horizontal or beau’s lines.

Eczema: Moisturizing your hands and nails may help to come out of those ridges.

Keep your nails neat and clean. Clip your nails only when there is visible white on the nail.

Do not pick or bite your nails.

Go simple with your natural nails rather than coloring your nails because nail paint may lead to dehydration and leads to weakening or increasing the brittleness and forms ridges on the nails.

Reduce water exposure. Prolonged exposure to water may also cause ridges and allow fungal infections on the nails. Therefore, it is suggested to wear gloves while washing dishes and also moisturize your hands and nails regularly.

Take biotin supplements, this helps to grow your nails and strengthen your nail plate.

Lastly, there is no need to worry about the ridges on the nails, they may be due to the aging process or due to vitamin deficiency. Only beaus’ lines or horizontal ridges warns you to see a doctor.