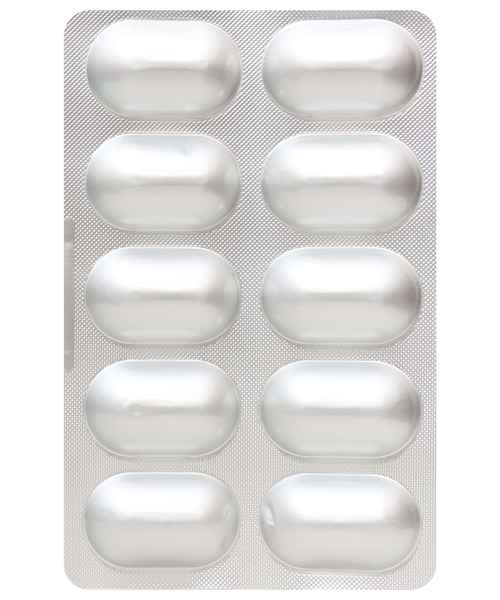 Inclusive of all Taxes

Also available at the
following stores near you

What is Alpha lipoic acid for:

How does Alpha lipoic acid work:

How should Alpha lipoic acid be used:

For treating type 2 diabetes and improving symptoms such as burning, pain, and numbness in the legs and arms. Use the medicine daily as directed by the physician

Alpha-lipoic acid is possibly safe for most adults when taken by mouth , when used intravenously or when applied to the skin. People taking alpha-lipoic acid by mouth might get a rash. People at risk for thiamine deficiency should take a thiamine supplement.People with diabetes should be careful to check their blood sugar levels because alpha-lipoic acid might lower blood sugar.
Get emergency medical help if you have signs of an allergic reaction: hives; difficult breathing; swelling of your face, lips, tongue, or throat.
Although not all side effects are known, alpha-lipoic acid is thought to be possibly safe when taken as directed.
Stop taking alpha-lipoic acid and call your doctor at once if you have:
Low blood sugar-headache, hunger, weakness, sweating, confusion, irritability, dizziness, fast heart rate, or feeling jittery; or a light-headed feeling, like you might pass out.
Common side effects may include:nausea; or skin rash.

What do I do if I miss a dose

What precautions should I take when taking Alpha lipoic acid :

When do I need to seek medical help

Consult your doctor if you have:
liver disease;
diabetes (alpha-lipoic acid can cause low blood sugar);
a thyroid disorder;
a thiamine deficiency (thiamine is a form of vitamin B); or
if you drink large amounts of alcohol.

Can I take Alpha lipoic acid with other medicines:

Medications for cancer (Chemotherapy) interacts with Alpha-Lipoic acid. Alpha-lipoic acid is an antioxidant. There is some concern that antioxidants might decrease the effectiveness of some medications used for cancers.
Medications for diabetes (Antidiabetes drugs) interacts with Alpha-Lipoic acid. Alpha-lipoic acid might decrease blood sugar. Diabetes medications are also used to lower blood sugar. Taking alpha-lipoic acid along with diabetes medications might cause your blood sugar to go too low.
Some medications used for diabetes include glimepiride (Amaryl), glyburide (DiaBeta, Glynase PresTab, Micronase), insulin, pioglitazone (Actos), rosiglitazone (Avandia), chlorpropamide (Diabinese), glipizide (Glucotrol), tolbutamide (Orinase), and others.
Do not take alpha-lipoic acid without medical advice if you are using any of the following medications: Insulin or oral diabetes medicine; Medicines to treat underactive thyroid, such as levothyroxine (Synthroid) and others; or Cancer medicines (chemotherapy).

How do I store Alpha lipoic acid :

Store at room temperature away from moisture and heat.

Pregnancy Category:N. Not enough is known about the use of alpha-lipoic acid during pregnancy and breast-feeding. Stay on the safe side and avoid use.

Not Available in any nearest stores